AFL Finals week had a very different look this year due to Covid restrictions. The AFL Preliminary Finals, Brownlow Medal Count and The Toyota AFL Grand Final were all presented from the Mediatec Hybrid Event Studio Space at NEP Studios, South Melbourne.

The space was utilised as the host set for the Preliminary Finals and The Grand Final with live feeds from the stadiums being used as the background. The presenters were able to use the screen’s width to talk and walk through graphics of player match ups, stats and stories of the game.

The Brownlow Medal Count, which is usually broadcast live from Crown Palladium,  experienced the most change as players who would usually attend the gala event attended from their respective bubbles at Optus Stadium, Adelaide Oval, Metricon, the Gabba and in the Melbourne Studio itself. Live feeds from each venue were delivered to the NEP Andrew's Hub using fibre networks and displayed on the LED without delay. The local hosts were able to conduct live interviews with the remote players with ease.

The 16.8m wide x 3.6m high curved ROE CB3 LED screen was powered by Brompton's 4K Tessera SX40 processors and graphics were driven from a Disguise GX2C media server system. The combination of content and display proved a worthy backdrop to the end of season for arguably the country’s most popular sport. 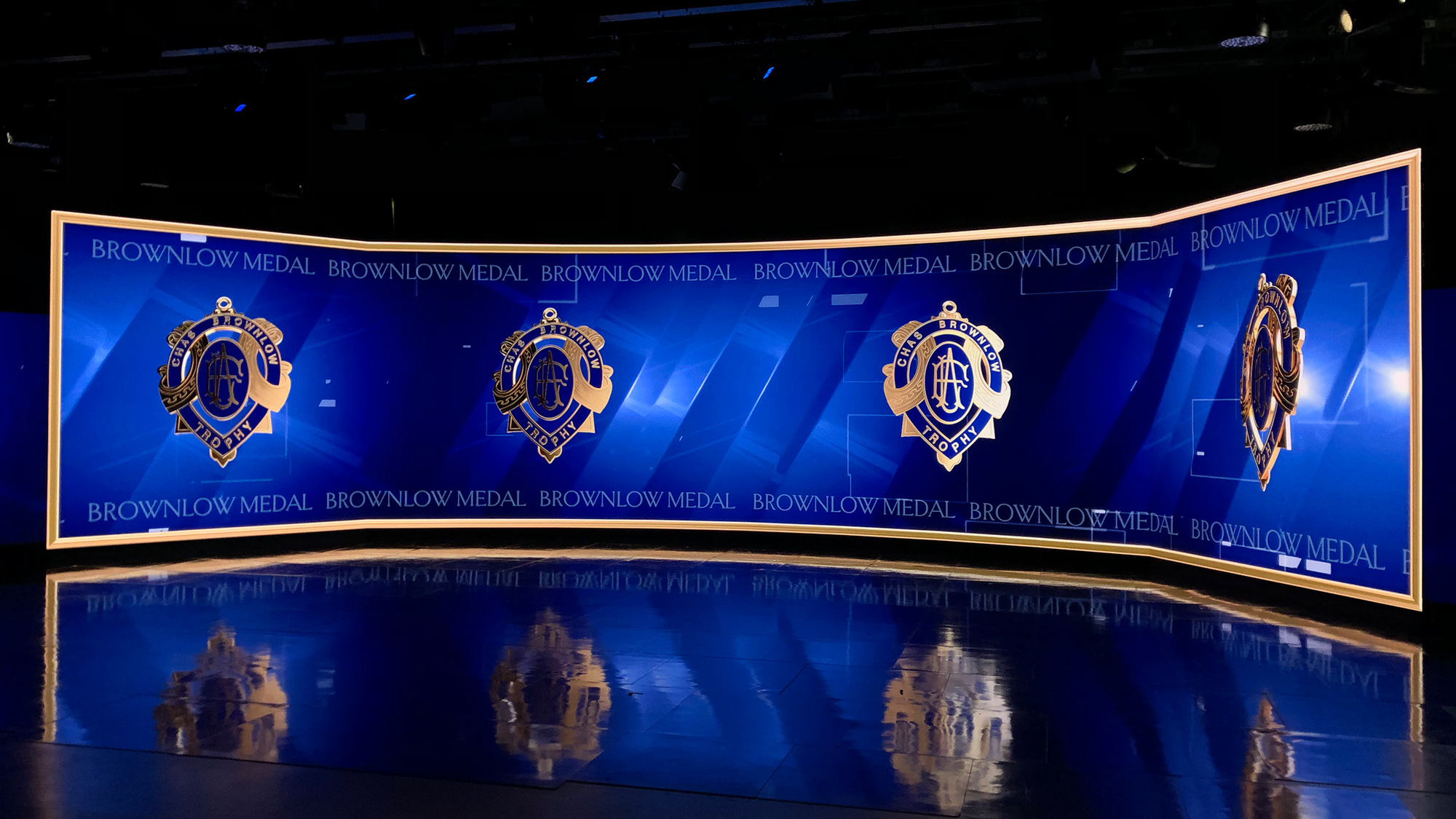 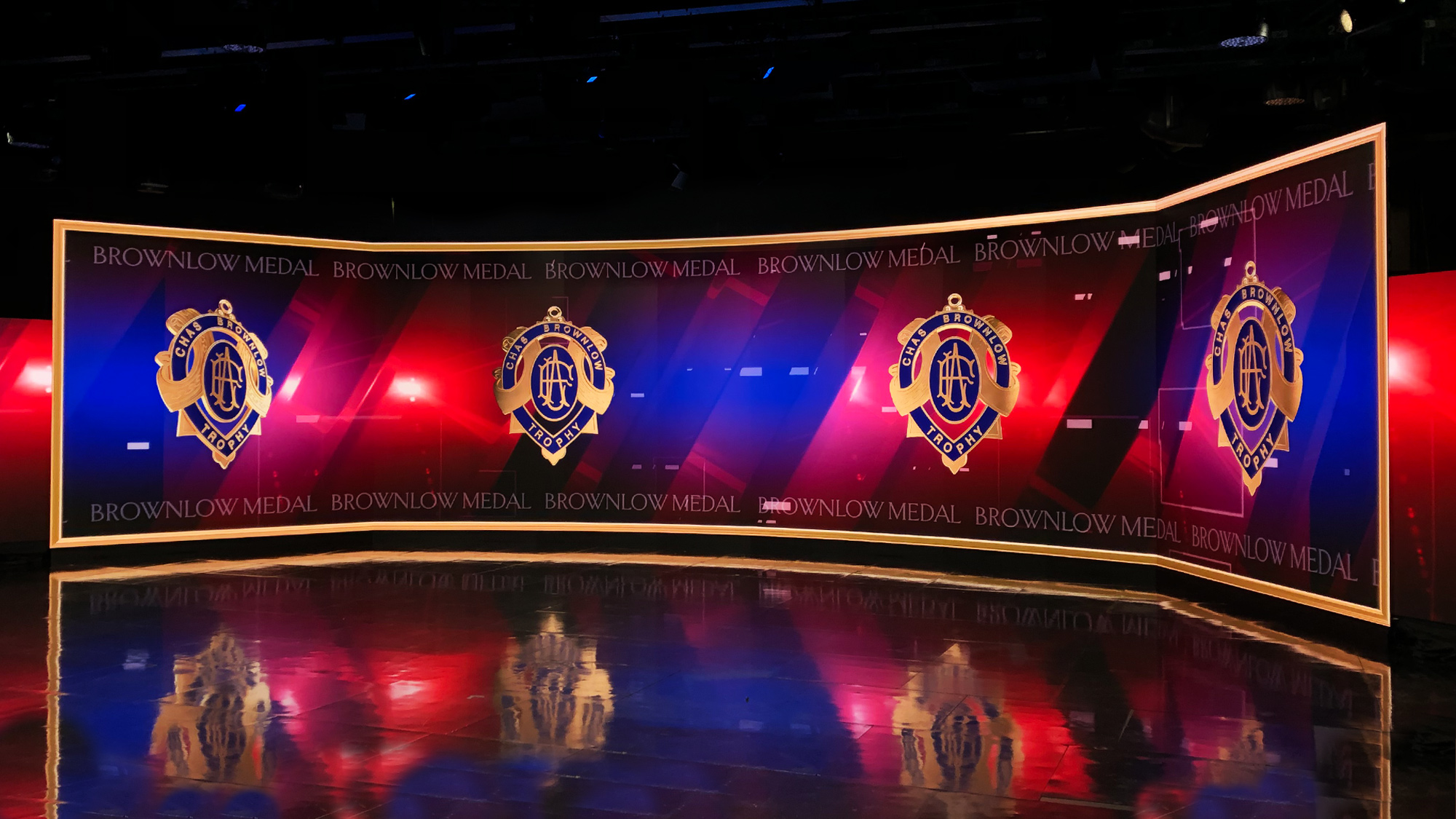 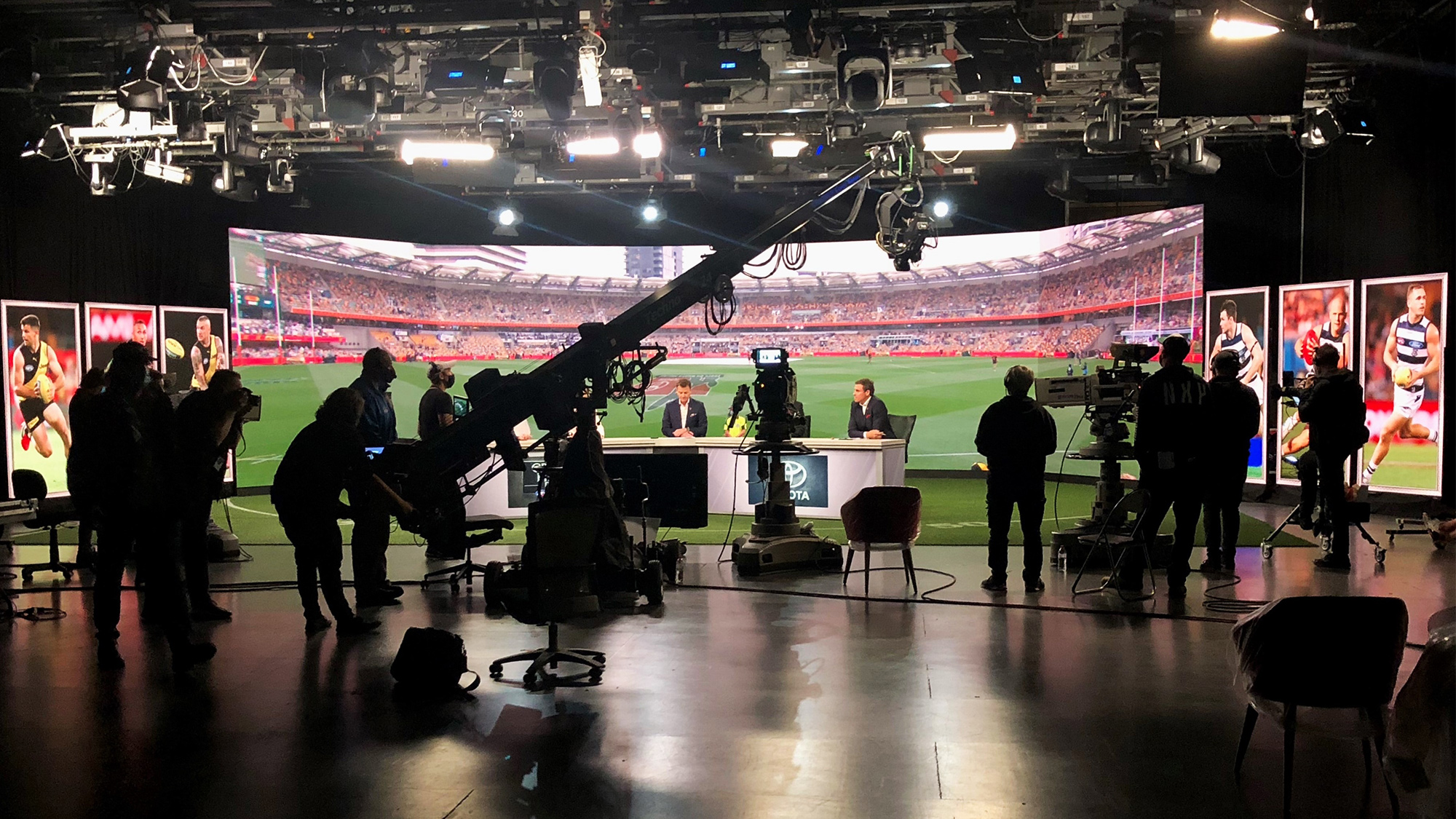 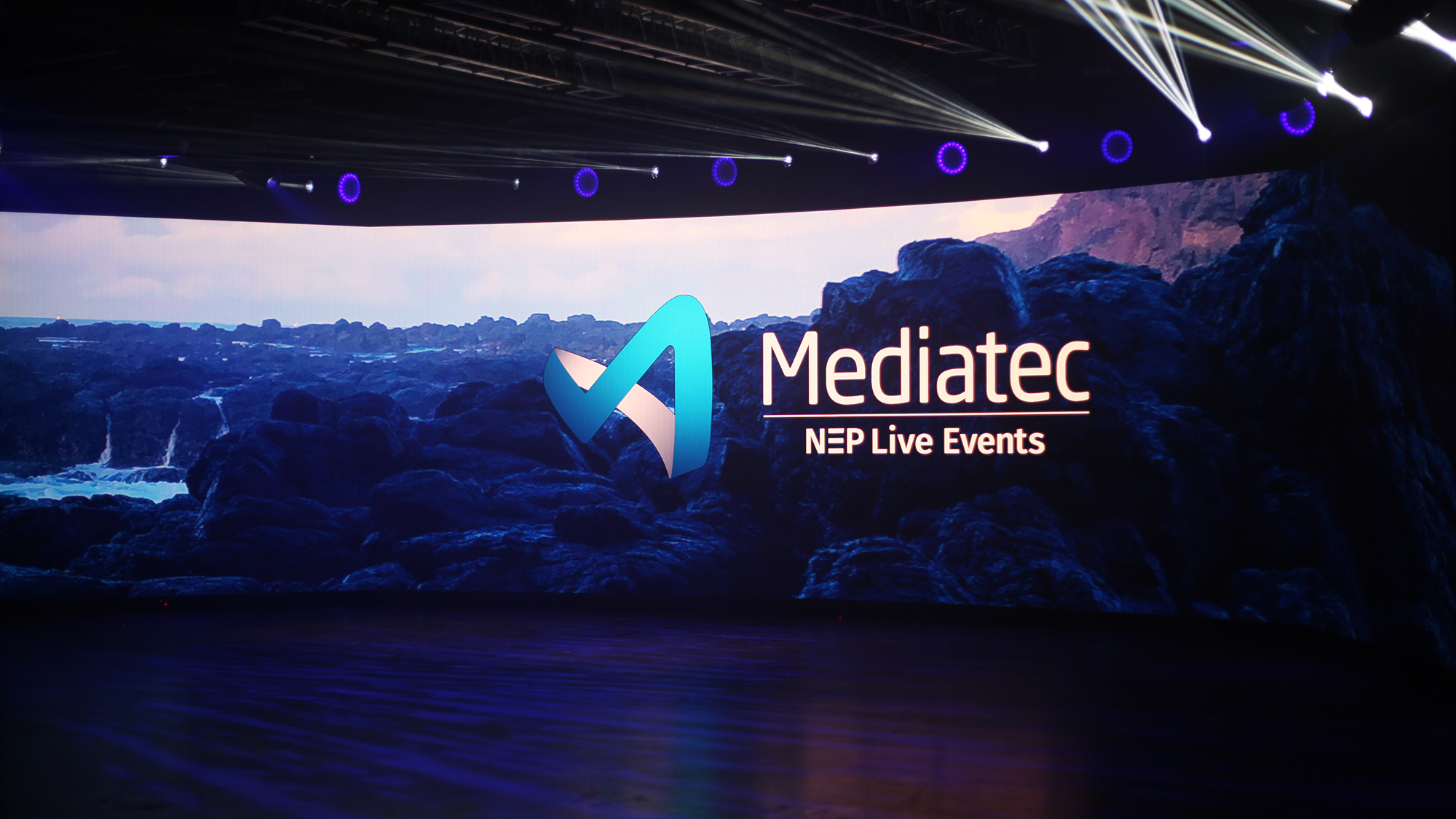