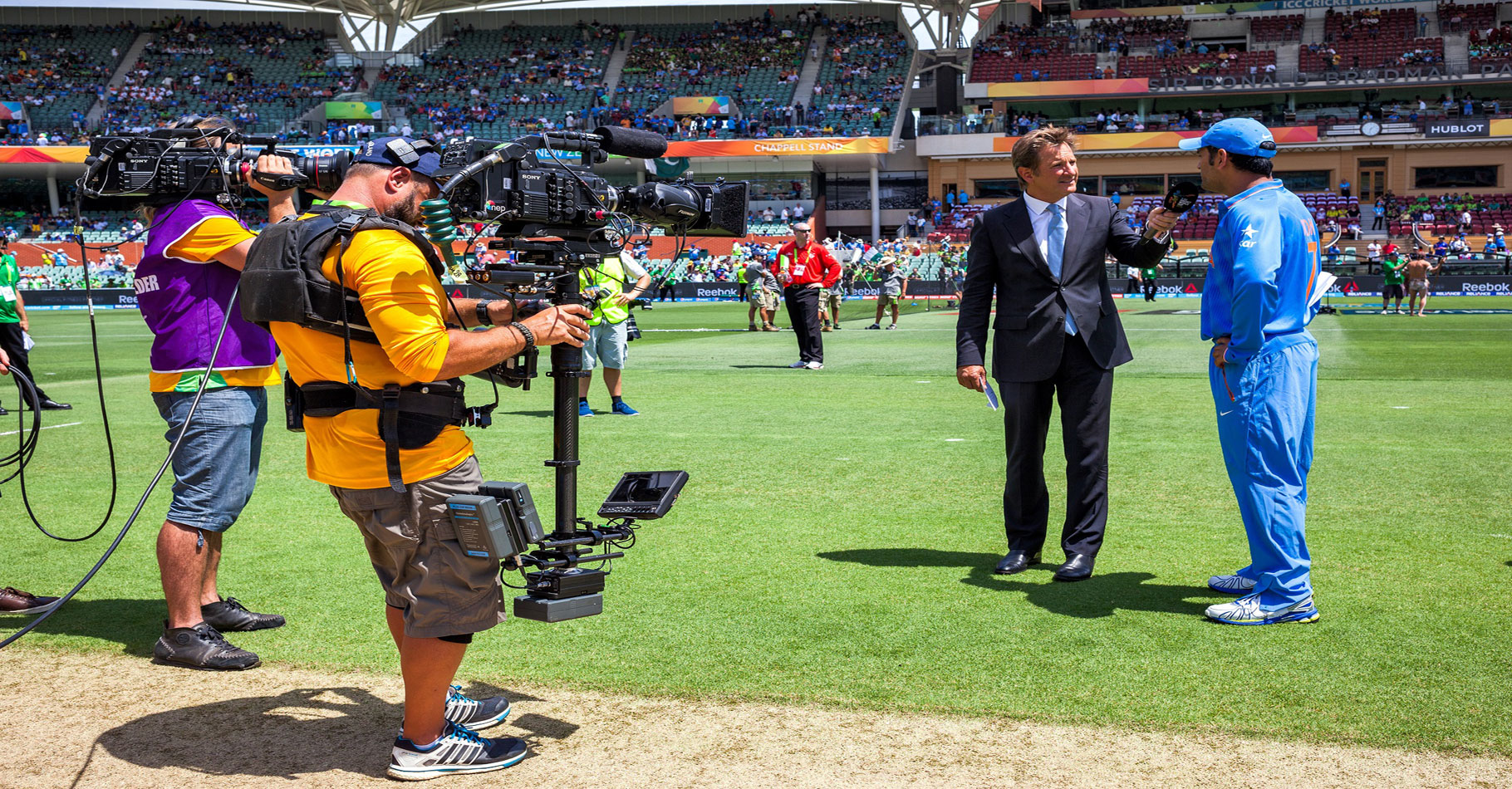 Broadcasting and international cricket history were made at the Melbourne Cricket Ground (MCG) on 29 March with the culmination of the world’s first live cricket broadcasts in 4K ultra high definition.

Broadcasting and international cricket history were made at the Melbourne Cricket Ground (MCG) on 29 March with the culmination of the world’s first live cricket broadcasts in 4K ultra high definition.

The series spanned February 8 – March 29 from Adelaide, Perth, Sydney and Melbourne and comprised two warm-up events; India’s four pool matches (including the opener against Pakistan); one quarter final; one semi final; and the final.

BT provided its international fibre services to deliver the HD world feed for international distribution as well as the 4K fibre circuits between the Australian venues and India.

NEP and BT devised a hybrid 4K-HD technical and production solution, which allowed the Star India network to offer its world feed to direct-to-home subscribers in both high definition and 4K.

The tandem 4K-HD production meant material captured by 4K cameras could be integrated with the world feed production, eliminating the need for additional cameras.

NEP, BT and Star Sports India undertook thorough proof of concept testing prior to the events, culminating with a live run at the Australia v England One Day International in January.

NEP Australia Project Director Andrew Quinn said: “When three companies with the experience and calibre of Star Sports, BT and NEP come together with the goal of being the first to deliver live 4K TV coverage of cricket into people’s homes in India, each and every person on the project was committed to it being a success. I would like to thank the teams at Star and BT who embraced this first-time concept and made it fly. With the NEP worldwide network’s ongoing investment in 4K this style of 4K production and delivery can be offered to all of NEP’s clients.”

Sanjay Bhat, Head of Sales, Asia Pac, BT Media & Broadcast, said: “It’s been great to work with NEP and Star TV to provide this service. Broadcasting the cricket live in ultra-high definition 4K was a real success and brilliant for all the fans of the sport.”

• 37 Australian staff, including nine from NEP Australia and 26 Australian freelance broadcast professionals, plus two from BT Media and Broadcast